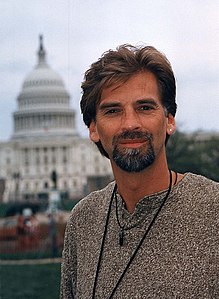 Who is Kenny Loggins?

Kenneth Clark "Kenny" Loggins is an American singer/songwriter and guitarist. He is known for soft rock music beginning in the 1970s, and later for writing and performing for movie soundtracks in the 1980s. Originally a part of the duo Loggins and Messina, he became a solo artist and has written songs for other artists. Kenny Loggins also is the voice of the disc jockey in Grand Theft Auto V's "Los Santos Rock Radio", also providing his song "I'm Free" for the station.

Discuss this Kenny Loggins biography with the community: