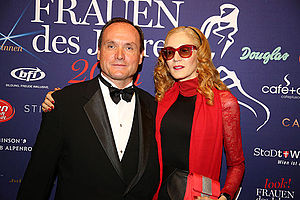 Who is Klaus Heidegger?

Following his skiing career, Heidegger has served as co-president of the American cosmetic company Kiehl's, which was sold to L'Oreal for an estimated price of $100 million to $150 million in 2000.

Discuss this Klaus Heidegger biography with the community: