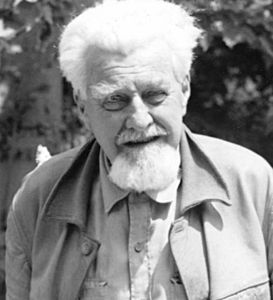 Who was Konrad Lorenz?

Konrad Zacharias Lorenz was an Austrian zoologist, ethologist, and ornithologist. He shared the 1973 Nobel Prize in Physiology or Medicine with Nikolaas Tinbergen and Karl von Frisch. He is often regarded as one of the founders of modern ethology, developing an approach that began with an earlier generation, including his teacher Oskar Heinroth.

Lorenz studied instinctive behavior in animals, especially in greylag geese and jackdaws. Working with geese, he rediscovered the principle of imprinting in the behavior of nidifugous birds. In later life, his interest shifted to the study of humans in society.

Lorenz's work was interrupted by the onset of World War II and in 1941 he was recruited into the German army as a medical man. In 1944 he was sent to the Eastern Front where he was captured and spent 4 years as a Soviet prisoner of war. After the war he regretted his membership of the Nazi party.

He wrote numerous books, some of which, such as King Solomon's Ring, On Aggression and Man Meets Dog became popular reading. His last work "Here I Am - Where Are You?" is a summary of his life's work and focuses on his famous studies of greylag geese.

Discuss this Konrad Lorenz biography with the community: