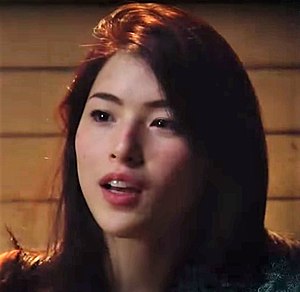 Who is Kylie Padilla?

Kylie Nicole Padilla is a Filipino actress. She is the daughter of Filipino action star Robin Padilla and the cousin of actor Daniel Padilla. She is a GMA Network contract star known for playing the role of Erenea in Joaquin Bordado. Her sister Queenie is also an actress, and was a contract star of GMA Network and is now with rival network ABS-CBN.

Along with her siblings, she studied elementary in Queensland, Australia. She is also a Muay Thai practitioner like her father.

She was awarded Best New Female Personality in the 22nd PMPC Star Awards for Television last 2008 for her acting performance in Joaquin Bordado.

Discuss this Kylie Padilla biography with the community: