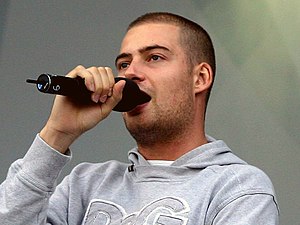 Who is Lange Frans?

Frans Christiaan Frederiks, known by his stage name Lange Frans, is a Dutch rapper and television presenter. Earlier he was a member of the band D-Men. Between 2004 and 2008 he was part of Lange Frans & Baas B duo before going solo.

Discuss this Lange Frans biography with the community: