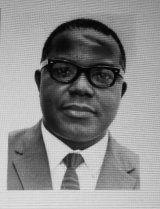 Who was Leslie Roy Bruce Robinson?

Professor the Hon. Leslie Robinson was a founding member of the academic staff of the then University College of the West Indies, Pro-Vice-Chancellor, Acting Vice-Chancellor, Director of Planning and the first Principal of the Mona Campus.

Leslie Robinson was born in Lawrence Tavern, St. Andrew on December 27, 1925 and was educated at Calabar High School. A well-rounded student, he excelled in sports, in particular football, cricket, boxing and athletics, where he set a number of records. He also excelled in academics and in 1943, was awarded the Jamaica Scholarship for Boys, going on to the University of London where he read mathematics and obtained the Bachelor of Arts degree in 1946 with First Class Honours. As a result of that outstanding achievement, he was awarded College prizes and a postgraduate scholarship, going on to obtain the Master of Arts degree with distinction from that same institution.

Over his record 42 years of distinguished service to the University, Professor Robinson held many key administrative positions, making significant contributions to the development of the University. He served as the first Warden of Chancellor Hall, first Principal of the College of Arts and Sciences which later became the UWI’s Cave Hill Campus in Barbados and was the first and only person to serve at different times as Dean of the Faculty of Arts and General Studies as well as Dean of the Faculty of Natural Sciences at Mona, overseeing major developments in both areas.

He spearheaded the introduction of Library Studies in 1974 and Mass Communication in 1976 and also chaired their Management Committees. He was also Chairperson of the Committee of Management for the project which sought to upgrade the offerings in Management Studies and to establish greater links with the business community in Jamaica. Towards the end of his academic years, he was also instrumental in the introduction of Actuarial Sciences in the Faculty of Pure and Applied Sciences.

In recognition of his outstanding contribution to the University of the West Indies and other tertiary institutions, the Government of Jamaica conferred on him the Order of Jamaica in 1988.

During its Annual Commemoration Celebrations in February 2006, the University of the West Indies honoured Professor the Hon. Leslie Robinson for his overall involvement in and outstanding contribution to the life of the University as Lecturer, Pro-Vice-Chancellor and the first Principal of the Mona Campus.

Submitted by MarleneDew
on November 23, 2020

Discuss this Leslie Roy Bruce Robinson biography with the community: