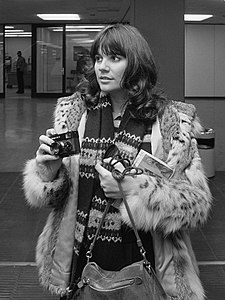 Who is Linda Ronstadt?

Linda Maria Ronstadt is an American popular music singer. She has earned 11 Grammy Awards, two Academy of Country Music awards, an Emmy Award, an ALMA Award, and numerous United States and internationally certified gold, platinum and multiplatinum albums. She has also earned nominations for a Tony Award and a Golden Globe award.

Ronstadt has collaborated with artists from a diverse spectrum of genres including Bette Midler, Billy Eckstine, Frank Zappa, Rosemary Clooney, Flaco Jiménez, Philip Glass, Carla Bley, The Chieftains, Warren Zevon, Emmylou Harris, Gram Parsons, Dolly Parton, Neil Young, Johnny Cash, and Nelson Riddle. She has lent her voice to over 120 albums and has sold more than 100 million records, making her one of the world's best-selling artists of all time. Christopher Loudon of Jazz Times noted in 2004, Ronstadt is "Blessed with arguably the most sterling set of pipes of her generation ... rarest of rarities – a chameleon who can blend into any background yet remain boldly distinctive ... It's an exceptional gift; one shared by few others."

In total, she has released over 30 studio albums and 15 compilation or greatest hits albums.

Discuss this Linda Ronstadt biography with the community: