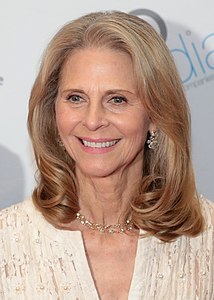 Who is Lindsay Wagner?

Lindsay Jean Wagner is an American actress. She is best known for her portrayal of Jaime Sommers in the 1970s television series The Bionic Woman, though she has maintained a lengthy career in a variety of other film and television productions since.

Discuss this Lindsay Wagner biography with the community: