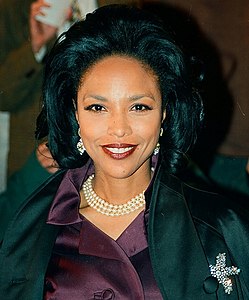 Who is Lynn Whitfield?

Lynn Whitfield is an American actress.

Whitfield began her acting career in television and theatre, before progressing to supporting roles in film. She won an Emmy Award for Outstanding Lead Actress in a Miniseries or a Special and a NAACP Image Award for her performance as Josephine Baker in the HBO movie The Josephine Baker Story. She also won NAACP Image awards for her work in Touched by an Angel, The Planet of Junior Brown and Redemption: The Stan Tookie Williams Story.

Discuss this Lynn Whitfield biography with the community: