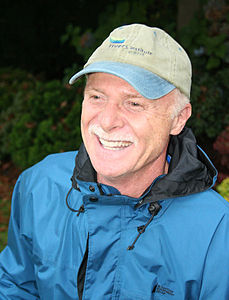 Who is Mark Angelo?

Mark Angelo, CM OBC hails from Burnaby, British Columbia and is an internationally celebrated river conservationist, writer, speaker, teacher and paddler. He is the founder and chair of both BC Rivers Day and World Rivers Day, an event now embraced by millions of people in more than 60 countries. In 2009, Mark was appointed as the inaugural chair of the Rivers Institute at the British Columbia Institute of Technology before recently retiring. Prior to that, he was the long-time head of the Fish, Wildlife and Recreation Program at BCIT.

Upon graduating from the University of Montana, Mark moved to Vancouver, BC as a young man.

Discuss this Mark Angelo biography with the community: