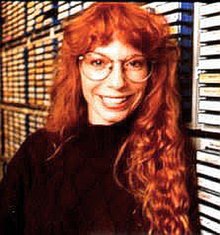 Who was Mary Kay Bergman?

Mary Kay Bergman, credited on the first season and the first half of the second season of South Park as Shannen Cassidy, was an American voice actress and animation voice-over teacher. Born in Los Angeles, she was the only child of Jewish musicians and had an interest in fantasy and animation early in her life.

Bergman had previously acted in plays in high school and also studied theater at UCLA. However, after previous unsuccessful acting jobs, she was considering a career in the Air Force, when "going wild" on karaoke at a housewarming party changed her life. In 1989, she began voicing the Disney character Snow White and is now perhaps best known for her roles in South Park, which she voiced from its 1997 debut until her death, and The Fairly OddParents. She also did voice work for over 400 television commercials.

Bergman was the wife of actor, director, producer, and screenwriter Dino Andrade, whom she married in 1990. Bergman suffered from depression. She committed suicide on November 1999. Shortly after her death, Andrade established the Mary Kay Bergman Memorial Fund. She is buried at the Forest Lawn Memorial Park in Hollywood Hills.

Discuss this Mary Kay Bergman biography with the community: