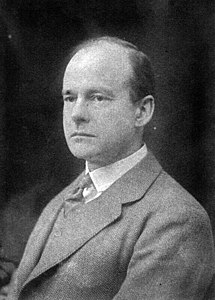 Who was Maurice Bonham Carter?

Bonham Carter was the eleventh son of Sibella Charlotte and Henry Bonham Carter. He was born in London and educated at Winchester College and Balliol College, Oxford. He was called to the Bar at Lincoln's Inn in 1909.

He was a useful right-handed batsman and wicketkeeper for Kent and Oxford. He was awarded his blue in 1902. His highest score in first-class cricket was 86 for Oxford versus H.D.G. Leveson Gower's XI at the Parks in 1902.

Discuss this Maurice Bonham Carter biography with the community: