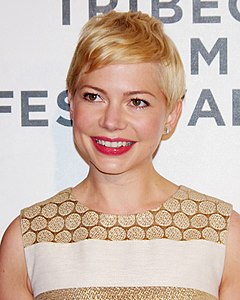 Who is Michelle Williams?

Michelle Ingrid Williams is an American actress. After starting her career with television guest appearances in the early 1990s, Williams achieved recognition for her role as Jen Lindley on the The WB television teen drama Dawson's Creek, which she played from 1998 to 2003. Williams graduated to full-length features, including Halloween H20: 20 Years Later, Dick, and Prozac Nation.

From the 2000s, Williams appeared primarily in dramatic, independent films for which she has received critical acclaim. One of her career highlights was Brokeback Mountain, which earned Williams a Best Supporting Actress nomination from the Academy Awards for her role as the wife of Ennis Del Mar. She followed this with I'm Not There, Synecdoche, New York and Martin Scorsese's Shutter Island. Williams's performance as a drifter in 2008's Wendy and Lucy earned her critical praise and her work opposite Ryan Gosling in Blue Valentine garnered her a nomination for the Academy Award for Best Actress. She won the Golden Globe Award for Best Actress in a Motion Picture Musical or Comedy for her portrayal of Marilyn Monroe in My Week with Marilyn, which also garnered her third Academy Award nomination.

Discuss this Michelle Williams biography with the community: