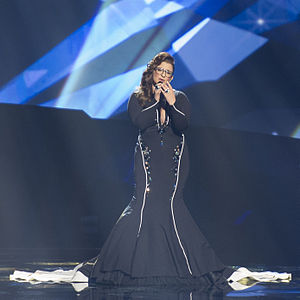 Who is Moran Mazor?

Moran Mazor is an Israeli singer. Mazor rose to fame as the winner of the first series of the Israeli reality show "Eyal Golan is Calling You" in 2011.

In 2013, Mazor won the Israeli national selection Kdam Eurovision 2013. She represented her country in the second semi-final of the Eurovision Song Contest 2013 in Malmö, Sweden, with the song "Rak bishvilo". The song failed to qualify for the final, placing 14th in the semi-final and scoring 40 points. In October 2013, the Israel Broadcasting Authority released a documentary about Moran's journey through Eurovision entitled "A Girl with Glasses."

Discuss this Moran Mazor biography with the community: