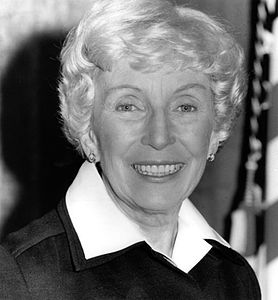 Who was Muriel Humphrey Brown?

Muriel Fay Buck Humphrey Brown was the widow of former Vice President Hubert Humphrey. Following her husband's death, she was appointed to his seat in the United States Senate, thus being the first wife of a Vice President to hold public office. She later remarried and took the name Muriel Humphrey Brown.

Discuss this Muriel Humphrey Brown biography with the community: