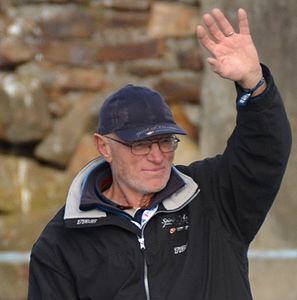 Who is Nándor Fa?

Nándor Fa is a Hungarian navigator who sailed around the world several times. His first circumnavigation was with József Gál, between 1985 and 1987, aboard 'Szent Jupát', a boat they had built together in the early eighties. Together, they were the first Hungarians to sail around the world.

Discuss this Nándor Fa biography with the community: