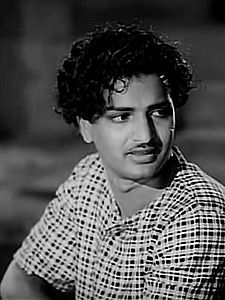 Nandamuri Taraka Rama Rao, popularly known as N. T. Rama Rao or by his initials NTR, was an Indian film actor, director, producer, and politician who also served as the Chief Minister of Andhra Pradesh for three terms. He received three National Film Awards for co-producing Thodu Dongalu and Seetharama Kalyanam under National Art Theater, Madras, and directing Varakatnam, and He garnered the Inaugural Filmfare Award for Best Actor – Telugu in 1972.

NTR made his debut as an actor in a Telugu social film Mana Desam, directed by L. V. Prasad in 1949. He gained popularity in the 1950s when he became well known for his portrayals of Hindu deities, especially Krishna and Rama, roles which have made him a "messiah of the masses". He later became known for portraying antagonistic characters and Robin Hood-esque hero characters in films. In total he starred in over 320 Telugu films and has become one of the most prominent figures in the history of Telugu cinema.

Besides Telugu, he has also acted in a few Tamil films. Widely recognised for his portrayal of mythological characters, NTR was considered as one of the leading method actors of Indian cinema, He was referred to in the media as Viswa Vikhyatha Nata Sarvabhouma. He was awarded the Padma Shri by the Government of India in 1968, recognizing his contribution to Telugu cinema.

Discuss this N. T. Rama Rao biography with the community: