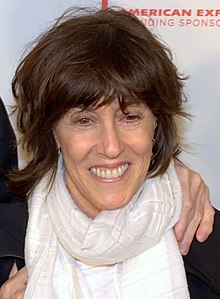 Who was Nora Ephron?

Ephron is best known for her romantic comedies and was nominated three times for the Academy Award for Best Writing: for Silkwood, When Harry Met Sally..., and Sleepless in Seattle. She won a BAFTA Award for Best Original Screenplay for When Harry Met Sally.... She sometimes wrote with her sister Delia Ephron. Her last film was Julie & Julia. She also co-authored the Drama Desk Award–winning theatrical production Love, Loss, and What I Wore. In 2013, Ephron received a posthumous Tony Award nomination for Best Play for her play Lucky Guy.

Discuss this Nora Ephron biography with the community: