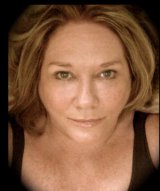 Nuala Quinn-Barton (born Nuala Quinn, March 20th 1952) in Newry Co Down N Ireland is a former Irish fashion model, photographer and film producer who trained at the Lucie Clayton School of Design London. She is an acclaimed international producer with dual citizenship in the United States and Great Britain. She is the mother and mentor of well known actress Mischa Barton.

Discuss this Nuala Quinn-Barton biography with the community: