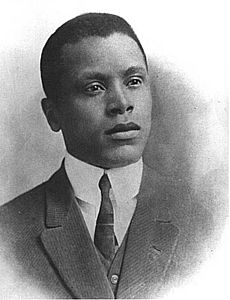 Who was Oscar Micheaux?

Oscar Devereaux Micheaux was an American author, film director and independent producer of more than 44 films. Although the short-lived Lincoln Motion Picture Company produced some films, he is regarded as the first major African-American feature filmmaker, the most successful African-American filmmaker of the first half of the twentieth century and the most prominent producer of race films. He produced both silent films and "talkies" after the industry changed to incorporate speaking actors.

Discuss this Oscar Micheaux biography with the community: