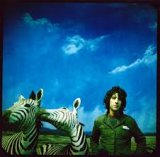 Paleo, aka David Strackany, is an American singer of folk music who is notable for writing a song every day for 365 days using a \"half-size children's guitar\" while living out of his car and being essentially homeless. He plays acoustic guitar and sings and in 2005 began touring the United States. He has a recording arrangement with an indie music label named Partisan Records.

Discuss this Paleo biography with the community: