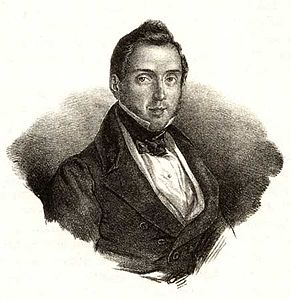 Who was Pasquale Tola?

Pasquale Tola was an Italian judge, politician and historian.

Issue of an ancient and noble Sardinian family, he studied in Sassari, where he obtained a degree in theology and law and also followed courses in philosophy and fine arts. In 1848 he was part of the ministerial working group in Sardinia. He was in favour of the abolition of feudalism in Sardinia. He wrote many works on historical-political topics, particularly about Sardinia, and there is extensive literary coverage of him. Tola was also an encyclopedian, and authored a Dictionary of Sardinian Biography in 1837-38. He was then chancellor of the University of Sassari. Later he worked in the judiciary at the courts of appeal in Nice and Genoa. He was a member of the Sardinian parliament in Turin from 1848, and then the national one.

Discuss this Pasquale Tola biography with the community: