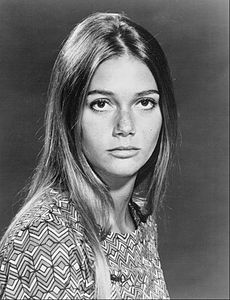 Who is Peggy Lipton?

Peggy Lipton is an American actress and former model. She was an overnight success and is best known for her role as "flower child" Julie Barnes in the iconic counterculture TV show The Mod Squad. Appearing in numerous TV series since her noted role as Norma Jennings in David Lynch's surreal Twin Peaks, Lipton has had a more than 40-year career in television, film, and stage.

She was married to Quincy Jones, a musician and producer. She is mother to their two daughters, Rashida Jones and Kidada Jones, who have become actresses.

Discuss this Peggy Lipton biography with the community: