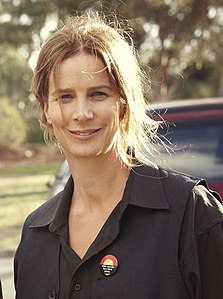 Who is Rachel Griffiths?

Rachel Anne Griffiths is an Australian film and television actress. She came to prominence with the 1994 film Muriel's Wedding and her Academy Award nominated performance in Hilary and Jackie. She is best known for her portrayals of Brenda Chenowith in the HBO series Six Feet Under and Sarah Walker Laurent on the ABC primetime drama Brothers & Sisters. Her work in film and television has earned her a Golden Globe Award, two Screen Actors Guild Awards and three Australian Film Institute Awards.

Discuss this Rachel Griffiths biography with the community: