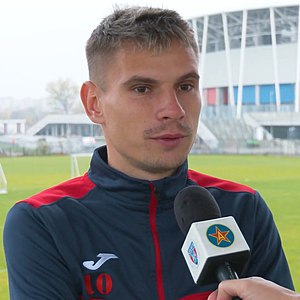 Rareș Enceanu is a Romanian footballer who plays for FC Braşov. He was born in Zărnești.

Enceanu made his Liga I debut on 23 March 2012 in a 1–0 defeat of Rapid București. He injured his thigh after opening the scoring for the Romanian under-19 team against Cyprus under-19s in April. Named in FC Brașov's starting eleven to face Dinamo București just three weeks later, he suffered a recurrence of the injury after only six minutes of the match, and did not return to training until mid-August.

Discuss this Rareș Enceanu biography with the community: