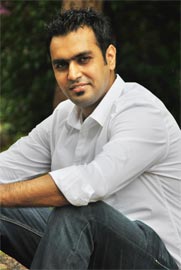 Who is Ravinder Singh?

Ravinder Singh is an Indian wrestler, born in the village Kharman, Distt. Jhajjar, Haryana. He is a day superintendent of police with Haryana. He is also a recipient of the prestigious Arjuna Award, which was conferred upon him in 2011. Ravinder participated in the 2013 World Championship held at Budapest in Hungary. He lost in the quarterfinals.

At the 2010 Commonwealth Games, he won a gold in the Men's Greco-Roman 60 kg wrestling.

In 2013, Ravinder was signed up by Managing Image Sports and Talent - MIST pvt ltd. to look after his scheduling and all sorts of promotional work.

Discuss this Ravinder Singh biography with the community: