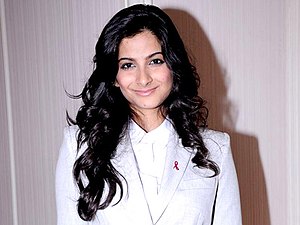 Who is Rhea Kapoor?

Rhea Kapoor is an Indian film producer who produces Bollywood films. She is the producer of Aisha which is a remake of Jane Austen's Emma stars Sonam Kapoor and Abhay Deol. Kapoor is also a fashion designer designing the costumes for Sonam Kapoor her designs have been seen in films such as Aisha and Players.

Discuss this Rhea Kapoor biography with the community: