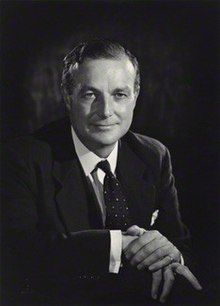 Who was Robert Allan, Baron Allan of Kilmahew?

Allan was Member of Parliament for Paddington South between 1951 and 1966. In 1958 and 1959, he was also Financial Secretary to the Admiralty.

On 16 July 1973, he was created a life peer as Baron Allan of Kilmahew, of Cardross in the County of Dunbartonshire.

He served in the Royal Navy Volunteer Reserve during World War II and was awarded the Distinguished Service Order, as well as the French Croix de Guerre.

His son Sir Alex Allan is a former senior civil servant, who served as chairman of the Joint Intelligence Committee.

Discuss this Robert Allan, Baron Allan of Kilmahew biography with the community: