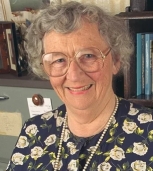 Who is Rosemary Anne Sisson?

Rosemary Anne Sisson is a British television dramatist and novelist. She is the daughter of the scholar of Elizabethan drama Charles Jasper Sisson. According to the playwright Simon Farquhar she is "one of television's finest period storytellers."

Sisson was born in London. A graduate of University College London and Newnham College, Cambridge, Sisson initially embarked on an academic career. As a writer for television she contributed scripts to Upstairs, Downstairs, Follyfoot, The Irish R.M. and the episode of The Six Wives of Henry VIII concerning the King's marriage to Catherine of Aragon. She also contributed to The Wind in the Willows animated TV series and co-created The Bretts. Sisson has written historical fiction and plays.

A previously thought lost Theatre 625 production from 1966 of Sisson's stage play The Queen and the Welshman, concerning the affair of Henry V's widow Catherine with Sir Owen Tudor, was found in 2010 to have been deposited with the Library of Congress.

In 1995 Radcliffe published Rosemary for Remembrance, a collection of her poetry and prose.

Discuss this Rosemary Anne Sisson biography with the community: