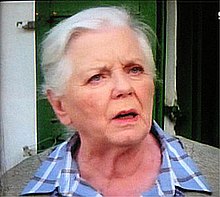 Who was Ruth Drexel?

Ruth Drexel was a German actress, director, and theatre director/manager. Her best-known role was as "Resi Berghammer" in the German television series, Der Bulle von Tölz, in which she played the mother of the eponymous cop. As of January 2006, she played the role in 58 episodes.

Discuss this Ruth Drexel biography with the community: