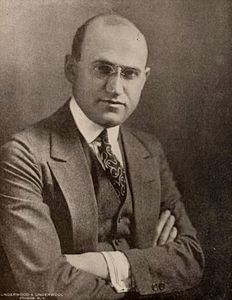 Who was Samuel Goldwyn?

Samuel Goldwyn, also known as Samuel Goldfish, was an American film producer. He was most well known for being the founding contributor and executive of several motion picture studios in Hollywood.

Discuss this Samuel Goldwyn biography with the community: