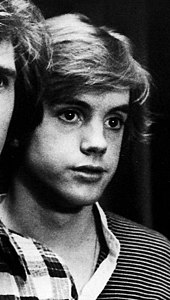 Who is Shaun Cassidy?

In the late-1970s, Cassidy was a popular singer and actor. He starred in two television series, had a number of hit records, and did numerous arena tours nationwide. In the 1980s, he acted on stage on Broadway and in the West End of London. Since the mid-1990s, Cassidy has worked exclusively as a writer/producer in television, creating a number of critically acclaimed television series, including American Gothic, Roar, and Invasion.

Discuss this Shaun Cassidy biography with the community: