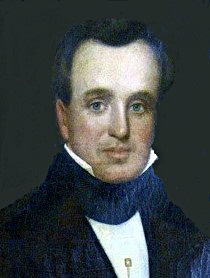 Who was Simeon H. Anderson?

Anderson was a member of the Kentucky House of Representatives 1828, 1829, 1832, and 1836–1838. He was elected as a Whig to the Twenty-sixth Congress and served from March 4, 1839, until his death near Lancaster, Kentucky in 1840. He was buried in the Anderson family cemetery, with a cenotaph at the Congressional Cemetery.

Discuss this Simeon H. Anderson biography with the community: