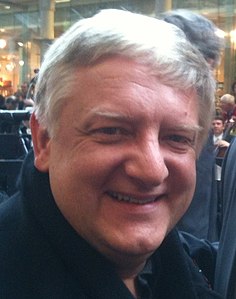 Who is Simon Russell Beale?

Simon Russell Beale, CBE is a Malay-born English actor and music historian. He has been described by The Independent as "the greatest stage actor of his generation." He has appeared in Persuasion, The Young Visiters, Dunkirk, The Deep Blue Sea and as Falstaff in the BBC made-for-television films Henry IV, Part I and Part II.

Discuss this Simon Russell Beale biography with the community: