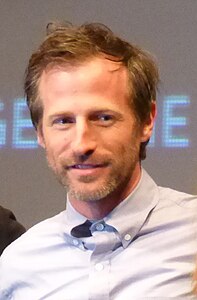 Who is Spike Jonze?

Spike Jonze is an American director, producer, screenwriter and actor, whose work includes music videos, commercials, film and television. He started his feature film directing career with Being John Malkovich and Adaptation, both of them written by Charlie Kaufman, and then started movies with screenplays of his own with Where the Wild Things Are and Her.

Jonze is well known also for his music video collaborations with Fatboy Slim, Weezer, Beastie Boys, and Björk. He was also a co-creator and executive producer of MTV's Jackass. He is currently the creative director of VBS.tv. He is also part owner of skateboard company Girl Skateboards with riders Rick Howard and Mike Carroll.

Discuss this Spike Jonze biography with the community: