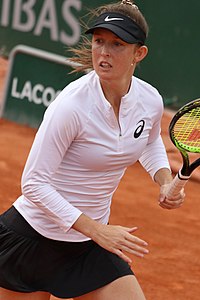 Who is Storm Sanders?

Sanders debuted on the ITF junior tour in December 2007, and on the senior tour in November 2008. She won her first professional tournament in February 2013.

Discuss this Storm Sanders biography with the community: