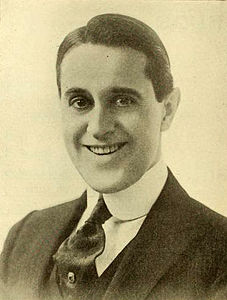 Who was Taylor Holmes?

Taylor Holmes was an actor who appeared in over 100 Broadway plays in his five-decade career. However, he is probably best remembered for his film roles, which he began in silent movies in 1917. In one of his earliest films, he starred in A Pair of Sixes, produced by George K. Spoor.

Discuss this Taylor Holmes biography with the community: