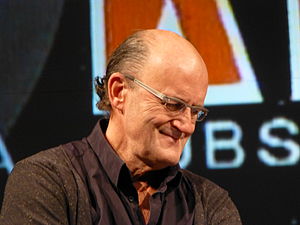 Who is Ted Robinson?

Ted Robinson is an Australian television producer and director.

He has worked on a number of comedy TV series since the mid-1970s.

Having gained his start in TV on The Aunty Jack Show, Robinson went on to produce or direct many shows, mainly for the ABC, during the 1980s, 1990s and 2000s. These have included The Gillies Report, The Big Gig, DAAS Kapital, Live and Sweaty, The Late Show, The Glass House, Chandon Pictures and Good News Week.

Discuss this Ted Robinson biography with the community: