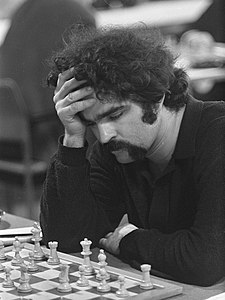 Who is Tim Krabbé?

Tim Krabbé is a Dutch journalist and novelist.

Krabbé was born in Amsterdam. His writing has appeared in most major periodicals in the Netherlands. He is known to Dutch readers for his novel De Renner, first published in 1978 and translated into English in 2002, of which The Guardian's Matt Seaton wrote: "Nothing better is ever likely to be written on the subjective experience of cycle-racing". English readers know him primarily for The Vanishing, the translation of his 1984 novel Het Gouden Ei, which was made into an acclaimed 1988 Dutch film for which Krabbé co-wrote a script. A poorly received American remake was made in 1993. In 1997 he published 'De grot', translated as 'The Cave' and published in the U.S.in 2000. In 2009, he wrote the "Boekenweekgeschenk", called Een Tafel vol Vlinders.

Also a former championship chess player, Krabbé is renowned for his writings on the subject and maintains a chess website. Krabbé once authored a chess puzzle which featured a rook castling vertically, before this move was specifically disallowed. His FIDE rating is 2274.

His father was the painter Maarten Krabbé and his mother the Jewish film translator Margreet Reiss. He is the brother of actor Jeroen Krabbé and the multimedia artist/designer Mirko Krabbé, and the uncle of Martijn Krabbé, a Dutch media personality.

Discuss this Tim Krabbé biography with the community: