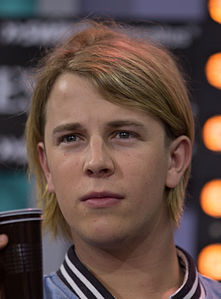 Who is Tom Odell?

Tom Peter Odell is a British singer-songwriter. He released his debut extended play, Songs from Another Love, in 2012 and won the BRITs Critics' Choice Award in early 2013. His debut studio album, Long Way Down, was issued on 24 June 2013.

Discuss this Tom Odell biography with the community: