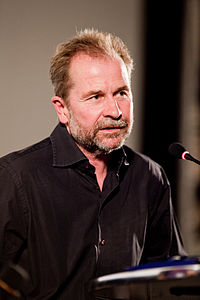 Who is Ulrich Seidl?

Ulrich Seidl is an Austrian film director, writer and producer. In 2005 he was a member of the jury at the 27th Moscow International Film Festival.

Discuss this Ulrich Seidl biography with the community: