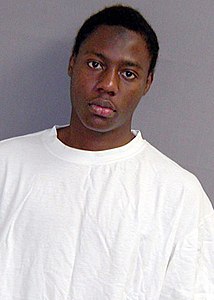 Who is Umar Farouk Abdulmutallab?

Umar Farouk Abdulmutallab, popularly referred to as the "Underwear Bomber", is a Nigerian man who at the age of 23 confessed to and was convicted of attempting to detonate plastic explosives hidden in his underwear while on board Northwest Airlines Flight 253, en route from Amsterdam to Detroit, Michigan, on Christmas Day, December 25, 2009.

Al-Qaeda in the Arabian Peninsula claimed to have organized the attack with Abdulmutallab; they said they supplied him with the bomb and trained him. Connections to Al-Qaeda and Anwar al-Awlaki have been found, although the latter denied ordering the man to do the bombing.

Abdulmutallab was convicted in a U.S. federal court of eight criminal counts, including attempted use of a weapon of mass destruction and attempted murder of 289 people. On February 16, 2012 he was sentenced to life in prison without the possibility of parole.

Discuss this Umar Farouk Abdulmutallab biography with the community: