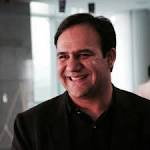 Who is Umar Saif?

Umar Saif is a Pakistani computer scientist and entrepreneur, who is known for his work on using ICT solutions for developing-world problems. Saif holds a BSc. from the Lahore University of Management Sciences and PhD in Computer Science from University of Cambridge, where he was a Commonwealth Scholar at Trinity College. Saif is a tenured associate professor at the Lahore University of Management Sciences, Lahore, Pakistan and established one of the first startup incubators in Pakistan, called the Saif Center of Innovation. Saif’s work on grassroots technologies received the MIT Technovator Award in 2008 and he was named a Young Global Leader by the World Economic Forum in 2010

In August 2011, the MIT Technology Review named Saif among its list of the 35 "World’s Top Young Innovators for the year 2011." The list recognises the works of the world’s top young innovators that are radically transforming technology; it was also the first time in the past decade that a Pakistani had been featured. By featuring in the list, Saif now joins an elite group of researchers and technologists including the likes of Google’s Sergey Brin and Facebook’s Mark Zuckerberg.

Discuss this Umar Saif biography with the community: