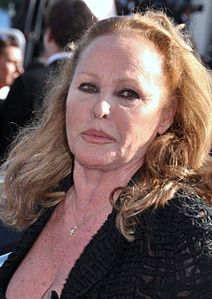 Who is Ursula Andress?

Ursula Andress is a Swiss-American actress and sex symbol of the 1960s. She is known for her role as Bond girl Honey Rider in the first James Bond film, Dr. No, for which she won a Golden Globe. She later starred as Vesper Lynd in the Bond-parody Casino Royale.

Discuss this Ursula Andress biography with the community: