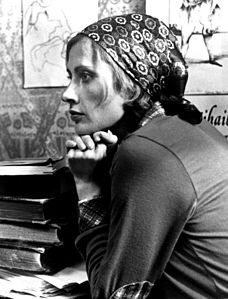 Victoria Fyodorova was a Russian-American actress and author. She was born shortly after World War II to U.S. Admiral Jackson Tate and Russian actress Zoya Fyodorova; the couple had had a brief affair before Tate was expelled from Moscow by Joseph Stalin. Victoria Fyodorova wrote the 1979 book, The Admiral's Daughter, which was about her experience attempting to reunite with her father.

Discuss this Victoria Fyodorova biography with the community: