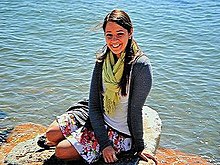 Who was Victoria Leigh Soto?

Victoria Leigh "Vicki" Soto was an American teacher who was killed in the Sandy Hook Elementary School shooting. After the gunman entered the school, Soto hid her students, then died trying to protect them, and has since been hailed as a hero. She is a posthumous recipient of the Presidential Citizens Medal.

Plans and petitions to honor her by name via scholarships, roads, and schools were announced in late 2012 and 2013. The Stratford Town Council unanimously approved a resolution to name a school after Soto and the city of Bayamón, Puerto Rico, birthplace of Soto's father, is planning to name a public facility after her.

Discuss this Victoria Leigh Soto biography with the community: