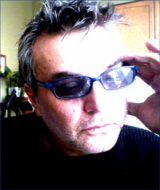 Who is Vincenzo D. Bertucci?

JIMI BERTUCCI is best known as the founding member and principal singer-songwriter for the ‘70s hit-making band ABRAHAM'S CHILDREN. Born Vincenzo Donato Bertucci in Serra San Bruno, Calabria Italy, he immigrated to Toronto, Canada at the young age of six. Jimi lived in a large household of relatives in Toronto's "little Italy”, including his Uncle Sam who could play a variety of instruments including the accordion and mandolin. Over time, Uncle Sam's musical influence over the young Vincenzo would become profound. After being the lucky winner of tickets from "Sam the Record Man", Jimi went to see the Beatles perform Live at Maple Leaf Gardens in Toronto at the impressionable age of 13. It was following that monumental experience that he became inspired to envision his life as a musician. The surprise gift of a Hofner Beatle bass by his parents sealed his fate. He soon met another local musician Ron Bartley and Glenn Olive together they would form their first group called "The London Tones." They later added Bob McPherson and Brian Cotterill to the group and, following a number of name changes including "Just Us", the hit-making band "Abraham's Children" was born. As the band’s principal songwriter, Jimi penned their first national hit song called "Goodbye Farewell" while signed to Gas Records. Other hits followed including Gypsy, Thank You and Goddess Of Nature. The band toured heavily and extensively to large enthusiastic crowds. Wanting to explore other avenues with his music Jimi embarked in a different direction in 1976 leaving The Children behind. Quick to recognize his talent, United Artists Records wasted no time in signing Jimi. Finally, having the creative freedom he had craved, he produced a pop-influenced band called "Space Patrol" and later "Angel", a band more on the R&B side. While on the A&M label in the 80’s, Jimi formed the band "The Police" which gained an enthusiastic following but who, due to disputes with the label, soon split. With his newly formed band Jimi B, Robert Hoelting, Mike Cherney, Kelvin Womack and Bongo Fury , he decided it was time to get back on the road and did just that, appearing at some of the more popular places in Hollywood such as The Roxy, The Whisky A Go Go, Club 369, The Vipor Room, The Galaxy Theatre, Rumps and others. He continued to record and tour all over the USA. As a prolific songwriter and solo artist he released Jimi B, Through The Eyes of Vincenzo, Best Of Jimi B, Postcards & Musica along with numerous singles. Most recently, he has released some of his poetry writings which are being critically well-received. In 2004, after many requests from fans who wanted to see him in Canada, Jimi reformed "Abraham's Children" and toured the great white north. Although he was the only original member of the band they played all the hits and satisfied a crowd that for so long were anxious to see Jimi and The Children perform. In 2005 the band was back on the road again promoting Jimi's most recent project, a new double cd set titled "Abraham's Children 30", that captures the last thirty years of pop music with his band. In 2009 Jimi released a collection of poetry that has been well received in the literary world. Also in the works is his involvement as writer and producer with his daughter Juli. His plans remain to be committed to his art, including touring and recording, and doing what he does best, exploring music to its fullest, writing poetry, cooking, and enjoyin life. Jimi is also the co-founder of the Italian Walk Of Fame in Toronto, Canada. Marisa Lang Management

Discuss this Vincenzo D. Bertucci biography with the community: