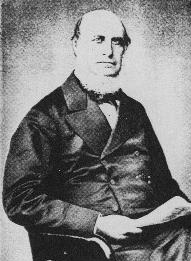 Who was William John Little?

William John Little was an English surgeon who is credited with the first medical identification of spastic diplegia, when he observed it in the 1860s amongst children. While spasticity surely existed before that point, Little was the first person to medically record the condition in writing. Thus, for many years, spastic diplegia was known as Little's Disease; only later did the name change. Also, Little founded the Royal Orthopaedic Hospital of London.

Little did not have any spasticity himself, but he suffered childhood poliomyelitis with residual left lower-extremity paraparesis, complicated by severe talipes. This undoubtedly sparked his special interest in lower-extremity mobility impairments, as well as his medical-orthopedic inclinations more generally. As a youth he was an apothecary's apprentice, surrendering his indentures at the age of 18 and entering medical school at the London Hospital. He was admitted to the Royal College of Surgeons in 1832.

Little is also known for his doctoral dissertation in 1837 on tenotomy, the first monograph on the subject ever published, and Little became the known source of this operation, intended for the correction of skeletal deformity secondary to neuromuscular disorders.

Discuss this William John Little biography with the community: