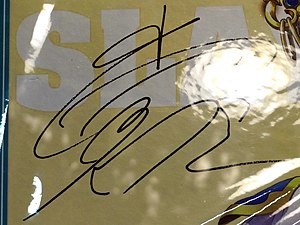 Who is Yui Ogura?

Yui Ogura is a Japanese voice actress, pop idol, singer, and actress. She is a member of the idol duo YuiKaori with Kaori Ishihara and the idol unit StylipS. She was also part of the Japanese pop group Happy! Style Rookies. As a solo artist, her single "Raise", which was the ending theme for the anime Campione!, reached number 8 on the Oricon chart in 2012. Other character songs have also charted.

Discuss this Yui Ogura biography with the community: