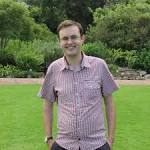 Who was A. David Thackeray?

Andrew David Thackeray, was an astronomer trained at Cambridge University.

He went to school at Eton College and studied mathematics at King's College, Cambridge. He received a PhD on theoretical stellar spectroscopy in 1937 from the Solar Physics Laboratory in Cambridge. During his studies he worked at the Mount Wilson Observatory in California from 1934 to 1936. He was Assistant Director of the Solar Physics Observatory at Cambridge Observatory from 1937 to 1948. He was then director of the Radcliffe Observatory in Pretoria from 1951 to his retirement in 1974. He became an honorary professor of the University of Cape Town and, a few days before his death, an associate of the Royal Astronomical Society.

He specialized in stellar spectroscopy. At a conference of the International Astronomical Union in Rome in 1952, he presented results of studies of variable stars in the Magellanic Clouds, indicating that the perceived age and size of the universe had to be doubled. He was the discoverer of Thackeray's Globules in 1950.

Discuss this A. David Thackeray biography with the community: